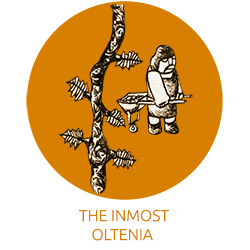 Caloian is a a ritual invoking the rain able to bring rich crops; it’s practiced in the Balkans in the third Tuesday after the Orthodox Easter day. The custom dates from the pre-Christian epoch.

Caloian is a doll made of clay, rags, straw or wooden sprigs, dressed in adequate clothes, buried according to a complex ritual. In different evolution stages, the custom was attested on the whole of Romania’s territory. The ceremony was formerly practiced in the third week after the Orthodox Easter day, but the ritual is observed nowadays occasionally, in spring or in summer, during the periods of drought or of prolonged rainfall.

Caloian is a tradition one can meet in Oltenia too – it’s an invocation addressed to divinity, calling for a plentiful year.